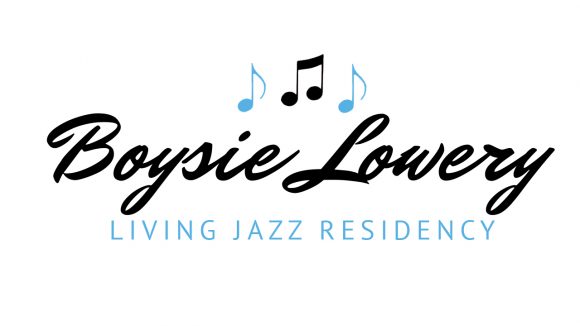 The “Boysie” Lowery Living Jazz Residency is a two-week artist residency created to provide space to grow for the next generation of jazz artists who are both composers and performers. Residents will experience an intense learning experience designed to help them find their sound, mature as musicians, and make lasting connections with like-minded peers. Cityfest’s summer jazz residency received program development guidance from John F. Kennedy Center’s prestigious international jazz program – the Betty Carter Jazz Ahead project. Program sessions are led by the faculty who are selected from the rich pool of talented music professionals who reside, teach and work in the mid-Atlantic region.

The 24-hours-a-day immersive environment of this two-week residency will encourage creative exploration and exchange between the participants. Participants will be given the opportunity to develop personal strategies for pursuing career opportunities while being surrounded by a stylistically and culturally diverse community of mentors and peers.  Daily activities include workshops, rehearsals, composing, performance opportunities, and master classes with some of the top players in jazz today. The residency culminates in a final performance on the last day of the Clifford Brown Jazz Festival.

OUR VISION…is to become a jazz residency that is known for encouraging and nurturing the next generation of jazz performers and preparing them for a life-long journey of self-discovery and self-exploration. We strive to ensure jazz’s continued evolution by helping each participant find their unique voice.

OUR MISSION…is to introduce a select group of young jazz students (ages 17-25) to an intense two-week residency focused on performing, composing/arranging, and improvisation. Lessons learned, pieces written, and skills gained in classes and workshops will be applied in several semi-public performances throughout the residency, and final public concert of student works.

The goal of the Boysie Lowery Living Jazz Residency is to give participants an opportunity to focus on their passion for jazz through an intense two week residency program. Participants will be introduced to a variety of harmonic, melodic, sonic, and textural possibilities, and then be asked to apply them to new compositions that will be played in rehearsal for immediate feedback. Students will constantly be able to workshop new and old works, thus, allowing them to begin to develop a sound of their own. Our goal is not to mold students into clones of past jazz legends, or ourselves, but to give them a space where they can define their own unique sound.

This residency has been designed with the dedicated performer/composer in mind.  Jazz musicians from age 17 through age 25 who compose and perform, who reside in the Mid-Atlantic region are encouraged to apply.  Applicants should have a passion for jazz in its many forms, a willingness to collaborate with other passionate musicians, and the drive to push the boundaries of the music. They should also be comfortable reading and writing music, improvising over changes, and working in an ensemble setting.

The “Boysie” Lowery Living Jazz Residency is designed to give students an intense learning experience that will help them begin to find their sound, mature as a player, mature as a musician, and make lasting connections with like minded peers. The residency will include rehearsals where students will workshop their original arrangements and compositions in set ensembles with a coach, private lessons in composition and performance from our world class faculty, classes where participants will explore 20th century harmonic concepts and apply them to new original compositions, master classes on everything from the business side of music to performing to finding inspiration for new compositions, and let’s not forget the opportunity to hang 24/7 with like minded players.  The second week of the residency coincides with the Clifford Brown Jazz Festival, which features some of the nation’s top jazz talent. Students will have the opportunity to experience each night of the festival.

There will be several semi-public performance opportunities during the residency as well as a final culminating performance.

Cityfest will provide participants with daily catered meals or a per diem to cover meal expenses. Participants will be provided with housing at one of the Delaware College of Art and Design’s student residences.

Transportation to and from Wilmington, DE will be the responsibility of the residency participant.

There is no application fee or tuition.

Please fill out the online application and submit the required recordings. The application deadline is April 1, 2022 at 11:59pm

Participants will be introduced to a variety of harmonic, melodic, sonic, and textural possibilities, and then be asked to apply them to new compositions that will be played in rehearsal for immediate feedback. Students will constantly be able to workshop new and old works, thus, allowing them to begin to develop a sound of their own. Our goal is not to mold students into clones of past jazz legends, or ourselves, but to give them a space where they can define their own unique sound. They will be lead through this journey by:

Matt Scarano, originally from Wilmington, DE, is a graduate of Temple University with a B.A. in Jazz Performance.

Since graduating in 2007, he has established himself as one of the Philadelphia region’s finest drummers. Matt has performed extensively throughout the country with many of the area’s top musicians both as a leader and sideman, including Chris Brubeck, Time For Three, Johnny Neel (Allman Brothers, Gov’t Mule), Ben Schachter, Terell Stafford, George Garzone, Dick Oatts, John Swana, Sid Simmons, Mike Boone, and Ranaan Meyer.

Most recently in March 2010 he performed the world premiere of Chris Brubeck’s “Travels in Time For Three” with Time for Three and the Youngstown Symphony Orchestra. The concerto will be performed throughout 2010 and 2011 with several other orchestras including The Boston Pops.

In March 2009 he performed at Carnegie Hall with Ranaan Meyer and The Philadelphia Boys Choir. As a member of the Temple University Big Band Matt shared the stage with jazz legends Jimmy Heath, Slide Hampton, and Joe Wilder.

Bass player Mike Boone is an elder statesman in the Philadelphia jazz scene. He is widely seen as one of its top bass players and in constant demand in both Philadelphia and New York City.

Boone graduated from the Eastman School of Music with a Bachelor in Music. He worked with such notable jazz artist as Joey Defrancesco, Ben Vereen, Buddy Rich, Leslie Uggams, James Moody, Clark Terry, Joe Henderson, Donald Byrd, Dakota Staton, Al Grey, Shirley Scott, Uri Caine, Orrin Evans, and John Swana. Boone has mentored countless young jazz players through their formative years on the Philly jazz scene. Along with his nightly club work he has taught for the Kimmel Center Summer Program and has served as the Professor of Jazz Bass at Temple University since 2005. Boone has self produced 4 albums.

Tom Palmer is an Assistant Professor of Music at the University of Delaware where he directs the jazz ensembles, teaches applied lessons on drumset and jazz piano, heads the jazz studies program, and performs with the Faculty Jazz Ensemble. Tom has performed with many jazz artists including Ernie Watts, Robin Eubanks, Herb Ellis, Donald Byrd, Wayne Bergeron, and Roger Ingram. He has appeared at the Kennedy Center, and in various area jazz festivals including The Clifford Brown Jazz Festival, and The Rehoboth Jazz Festival. Tom has recorded with Ernie Watts and Don Glanden as well as local artist Shawn Quaissanee. With his wife, jazz singer Ellen Lebowitz, he recorded and produced the jazz and popular standards albums: “Invitation To Yesterdays” and “Smokin’ Aloud.” Tom is a past president of the IAJE Delaware Chapter, a member of JEN and a frequent clinician.

Berklee College of Music Alumnus (Jazz Composition/Music Education) E. Shawn Qaissaunee has been in demand as a multi-instrumentalist and composer for nearly thirty years. Sought out for his talents on guitar, bass, piano and both the rubab and dutar, instruments from his native Afghanistan, Shawn is known for his musical sensitivity, lyricism and spirited drive to create excitement among listeners and fellow musicians.

“In the music playing aspect it made me think in a different light on how to make the music happen and forced me to used untapped reserves that I had not seen in myself in quite a long time and has permeated the music that I normally play. A key shift in mindset about making the music happen occurred to me at this program last summer.”

“It was fantastic working with so many amazing instructors and receiving so many amazing masterclasses. After the residency, I felt even more inspired to write than I had previously. The advice I got from each of the instructors was priceless as well. I got some great rhythmic knowledge from both Tom Palmer and Matt Scarano, some priceless philosophical advice from the great Mike Boone and was immersed in the realm of harmony during our class with Don Glanden (even wrote a tune based on some chord changes we came up with during class). Jonathan Whitney and Tina Betz were also very supportive and definitely made us all feel like we could try things out (while also giving us great advice).”

“This residency gave me some serious connections. Aaron Goldberg, a Jazz hero of mine, was teaching a master class one day. We played a bit, exchanged info and now I have the privilege of meeting him to play sessions.”

Please fill out the online application and submit the required recordings. The application deadline is June 7, 2021 11:59 pm EST.

The online application form consists of background & contact information, parent/guardian approval for those who are younger than 18, two essay questions (each should be limited to 500 words) and a question asking you to submit your Dropbox links to your audio files.

The applicant will turn in four recordings; three recordings of original pieces that they have written and one recording of them soloing over the jazz standard “All the Things You Are” with a rhythm section.

Pianist must comp behind a soloist on at least one of their recordings.

Drummers must solo in at least one of their tracks.

Drummers must also solo over the form of “All the Things You Are.”

All files should be in mp3 format, limit of 4 minutes per track and low fidelity is fine. Applicant should be playing in all recordings. Live performances are preferred but not mandatory.

Please name the audio files in the following format: 2019_lastname_FirstName_BirthYear_BirthMonth_State_No# (example for the first track of John Smith (born in February 1997) applying from Delaware the file name would be: 2019_smith_john_1997_02_DE_No1.mp3)

Step 1: Name all four of your audio files separately following the naming instructions.

Step 3: Create a link to the folder that includes all four of your audio files. Instructions on how to link to a folder can be found here: https://www.dropbox.com/help/167

Step 4: Copy the Dropbox link to your folder and paste the link on the application form before submitting your application. (Please make sure the link you provide works properly and that you don’t edit the files once you submit your form.)

This program is supported, in part, by a grant from the Delaware Division of the Arts [arts.delaware.gov], a state agency, in partnership with the National Endowment for the Arts [arts.gov]. The Division promotes Delaware arts events on DelawareScene.com [delawarescene.com].